A retail trader in the forex market is like a small fish trying to survive in a shark-infested ocean. With many professional and institutional traders who can manipulate the market with their huge orders, you must be extremely good to swim your way around those predators. Learning the Shark pattern can go a long way in helping you achieve that.

As with other harmonic patterns, the swings and swing points in the Shark pattern must meet certain Fibonacci ratios for the structure to be valid. We will discuss all those details in this post. Here are what you stand to learn from the post:

What is the Shark pattern?

The Shark pattern is one of the newest harmonic patterns described by Scott Carney. Just like other harmonic patterns, it is based on price waves and consists of four swing and five swing points. Unlike the other 5-point harmonic patterns that use the XABCD labeling system, Scott Carney, for reasons best known to him, used a different labeling system for this pattern — the swing points X, A, B, C, and D in the other patterns are labeled as O, X, A, B, and C points respectively in the Shark pattern. Thus, the potential reversal zone (PRZ), where the pattern is completed, is labeled the C point rather than the familiar D point in the other patterns.

The pattern is quite unique in the sense that it contains an extreme harmonic impulse wave that represents an over-extended price action, which is usually followed by a reactionary trading behavior especially when it retests a defined support or resistance level. But just like other harmonic patterns, the various retracement and extension swings in the Shark pattern follow specific Fibonacci ratios.

The components of the Shark pattern 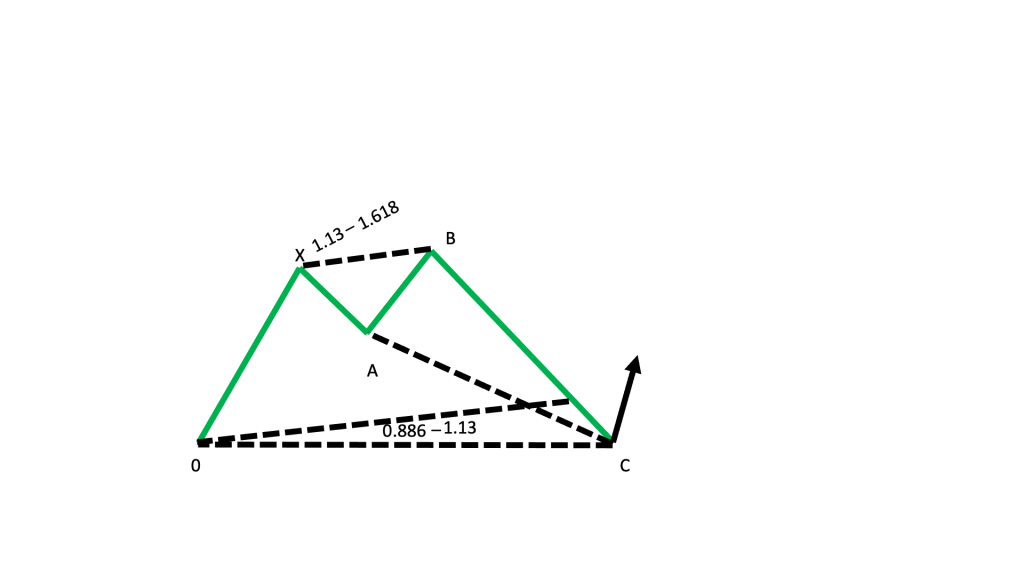 While, like other harmonic patterns, the Shark pattern has a 5-point swing structure, with four swings, its labeling is different, and the swings follow specific Fibonacci retracement and extension ratios. The components are as follows:

The psychology behind the Shark pattern formation

With the harmonic trading system gaining popularity amongst institutional and even retail traders, the shark pattern is one of the most widely traded patterns in the harmonic family owning to its unique nature and reliability. Just like a shark bite, the Shark pattern presents a powerful tool for attacking the market at the right moment to take your own bite at some pips.

But how does the Shark pattern come about? Why do they form? To understand the psychology behind the Shark pattern, we need to take a look at the various price swings that make up the pattern, especially the hyper-extended BC swing.

The pattern starts with a normal impulse price swing, followed by a correctional wave. Then, the price attempts another impulse wave but was stopped just after going beyond the previous swing high or low — depending on the orientation of the pattern. What follows is a massive reversal move that gives back all the gains from the previous swings and even more.

This characteristic hyperextended move creates a sort of price exhaustion, which can trigger a strong reaction when the price reaches the potential reversal zone, especially if that level corresponds with a previously established support or resistance level.

So, the pattern presents an extreme price structure that seeks to capitalize on the over-extended nature of the extreme harmonic impulse wave. To put it simply, the price is extended, and the primary movers are already exhausted. This creates an opportunity for the price to bounce back and retrace all that move. It is this reactionary move that presents a fairly predictable trading opportunity that is associated with the Shark pattern.

When the pattern is completed at the PRZ, it can potentially trigger an upward price reaction, which is why it is regarded as a bullish pattern. The pattern can occur in an uptrend or a non-trending market. 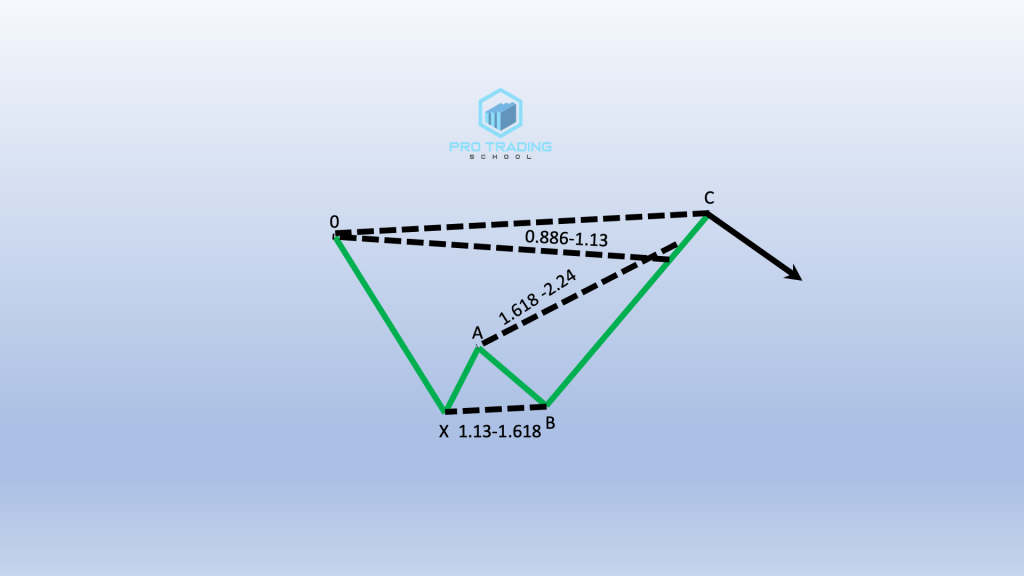 With a W shape that looks like a descending double bottom pattern, the bearish Shark pattern has a downward orientation. It starts with a downward impulse wave (the OX wave), which is then followed by an upward correctional move (the XA wave). Then, another downward impulse wave develops and moves below the first swing low. The price then turns upwards and surges past the O point where the pattern started from.

The pattern is completed at the C point, which is called the bearish potential reversal zone because the price is likely to turn back from there and head downwards. While this pattern can be seen in a downtrend, it can also occur in a trendless market.

Tools for identifying the Shark pattern in a price chart

While you can draw this pattern manually with the help of some basic tools in your trading platforms, such as trend lines for tracing the various price swings, the labeling tool for marking the various swing points, and the Fibonacci retracement and extension tool for measuring the ratios for each swing, there are built-in platform tools or custom indicators that can be used to perform all the three tasks at once.

A custom harmonic indicator, such as the ZUP Indicator, can be used to trace the price swings, label the price swing points, and show the Fibonacci retracement and extension ratios at the same time — for those trading with the MetaTrader 4 (MT4) platform. The tool was designed from the MT4’s zigzag indicator and the Fibonacci tool. 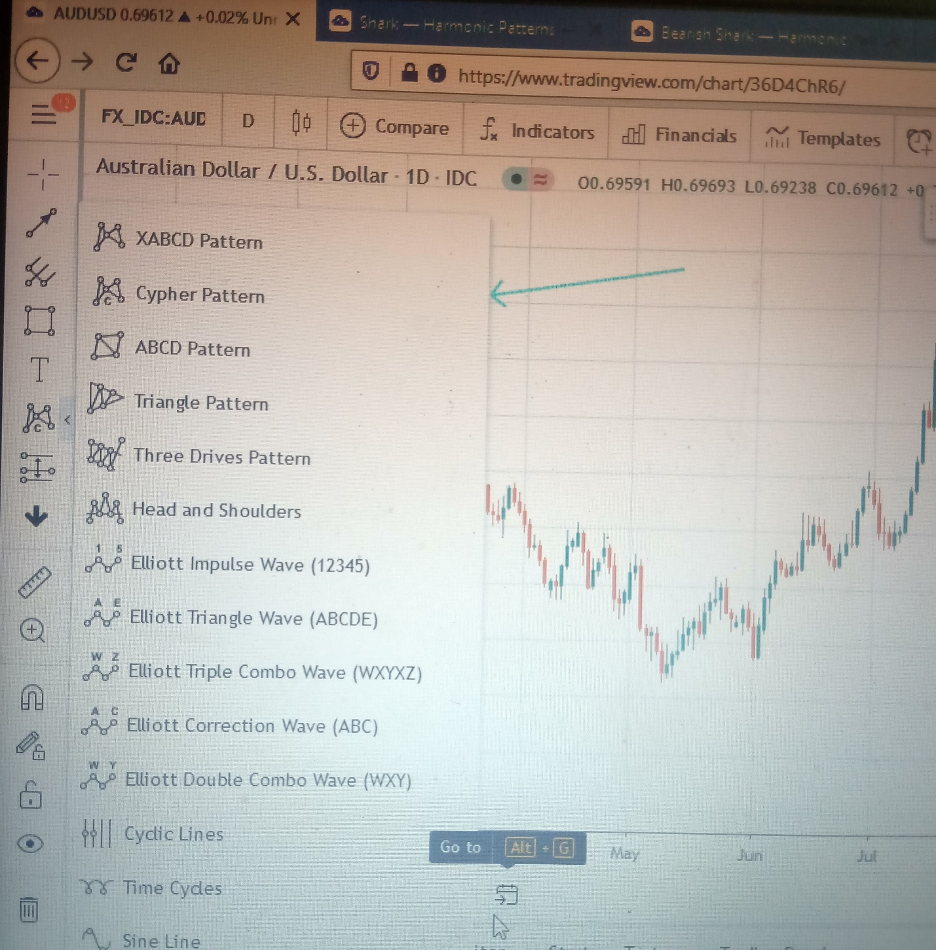 How to trace and identify the Shark pattern

The Shark pattern has some of the features of the Crab and the Cypher patterns. As you would find in the Cypher pattern, the third swing in the Shark pattern also extends beyond the high/low of the first swing, giving it an ascending double top or descending double bottom appearance. But just like in the Crab pattern, the fourth swing extends beyond where the pattern started.

While most harmonic patterns contain four swings, you may begin to suspect a harmonic formation when the third swing has completed, and the fourth swing is emerging. A third swing with a higher high or lower low than the first swing suggests a possible Shark or Cypher pattern. What you do at that is to take your harmonic pattern tool and trace the various swings with their Fibonacci ratios so that you can project the possible PRZs for a Cypher pattern and a Shark pattern. Then, watch how the price reacts when it gets to any of them.

When you finish, crosscheck the Fibonacci ratios of the swing points to be sure that they meet the criteria for a Shark pattern.

How to trade the Shark patterns

The Shark pattern is quite complex and requires advanced chart analysis using Fibonacci ratios to estimate where the price is likely to reverse. Although it may seem difficult at first, you can learn how to analyze and trade it if you understand the basics.

Rules for trading the Shark patterns

Here are some rules for analyzing and trading the pattern:

Here are steps you can follow when trading a bullish Shark pattern:

At the early stages, the bullish Shark pattern looks like a bullish Cypher pattern — both have an M shape with a higher second swing high. When you see a formation like that, monitor your chart closely to see how the pattern develops.

2. Draw the pattern and estimate the potential reversal zone

Use the relevant harmonic tool in your trading platform to trace the various swings and estimate the potential reversal zone — the C point or the D point, depending on the labeling — which is between 161.8% to 224% extension from the preceding swing low and 113% extension from the swing point where the pattern began.

3. Wait for the price to reach the potential reversal zone

Knowing the potential reversal zone, you just have to wait for the price to get there and see how it reacts. The price is more likely to reverse if the PRZ corresponds to an already known support level.

4. Look for a bullish trade trigger

Once you notice signs of exhaustion after the price has reached the PRZ, look for a bullish trade trigger that can push you to enter a trade. It can be an oscillator bullish divergence signal, a breakout of a counter-trendline placed on the fourth swing, or a bullish reversal candlestick, such as the hammer, morning star, bullish engulfing, or an inside bar.

5. Place a buy order at the open of the next candlestick after the trigger

Go long with a market order at the opening of the next candlestick after the trigger or place a buy limit order above the candlestick that completed the trigger.

Put your stop loss a few pips below the lowest point of PRZ. Use a hard stop loss instead of a mental one.

You can follow these steps when trading a bearish Shark pattern:

A newly forming bearish Shark pattern resembles a bearish Cypher pattern, as both have a descending W shape. Thus, seeing such a formation, you should monitor your chart closely to see how the pattern develops.

2. Trace the pattern and estimate the potential reversal zone

With the relevant harmonic tool in your trading platform, trace the various swings and estimate the potential reversal zone — the C point or the D point, depending on the labeling — which lies above the beginning of the pattern. The PRZ is usually between 161.8% to 224% extension from the preceding swing high and 113% extension from the swing point where the pattern began.

3. Wait for the price to get to the potential reversal zone

After marking the potential reversal zone, wait for the price to get there and see how it reacts. There is a higher chance that the price will reverse at the PRZ if it corresponds to an already established resistance level.

4. Check for a bearish trade trigger

If the price is showing signs of exhaustion after getting to the PRZ, look for a bearish trade trigger that you will use to enter a trade. Check for a bearish divergence signal in an oscillator, a breakdown of a counter-trendline placed along the fourth swing, or a bearish reversal candlestick, such as the shooting star, evening star, bearish engulfing, or an inside bar.

5. Go short at the open of the next candlestick after the trigger

Place a sell market order at the opening of the next candlestick after the trigger or put a sell limit order below the candlestick that completed the trigger.

Put your stop loss some pips above the highest point of PRZ. A hard stop loss is better than a mental stop loss because of violent adverse price movements.

How to Trade the Gartley Pattern 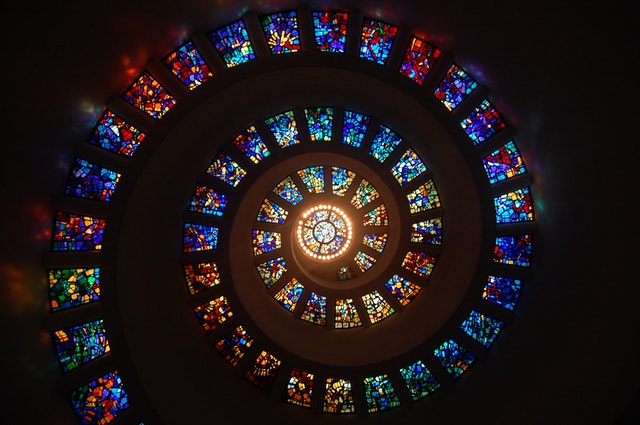 How to Trade the Gartley Pattern 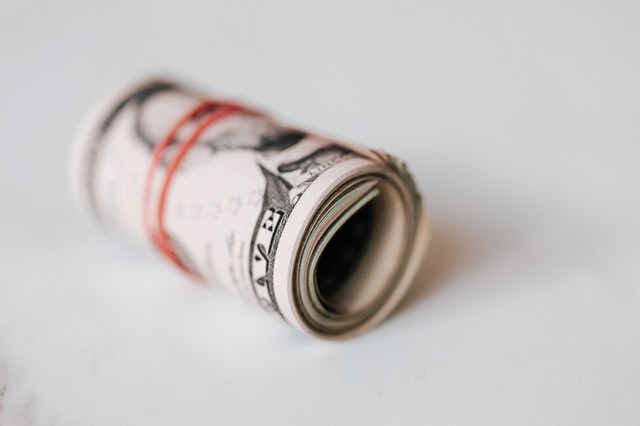 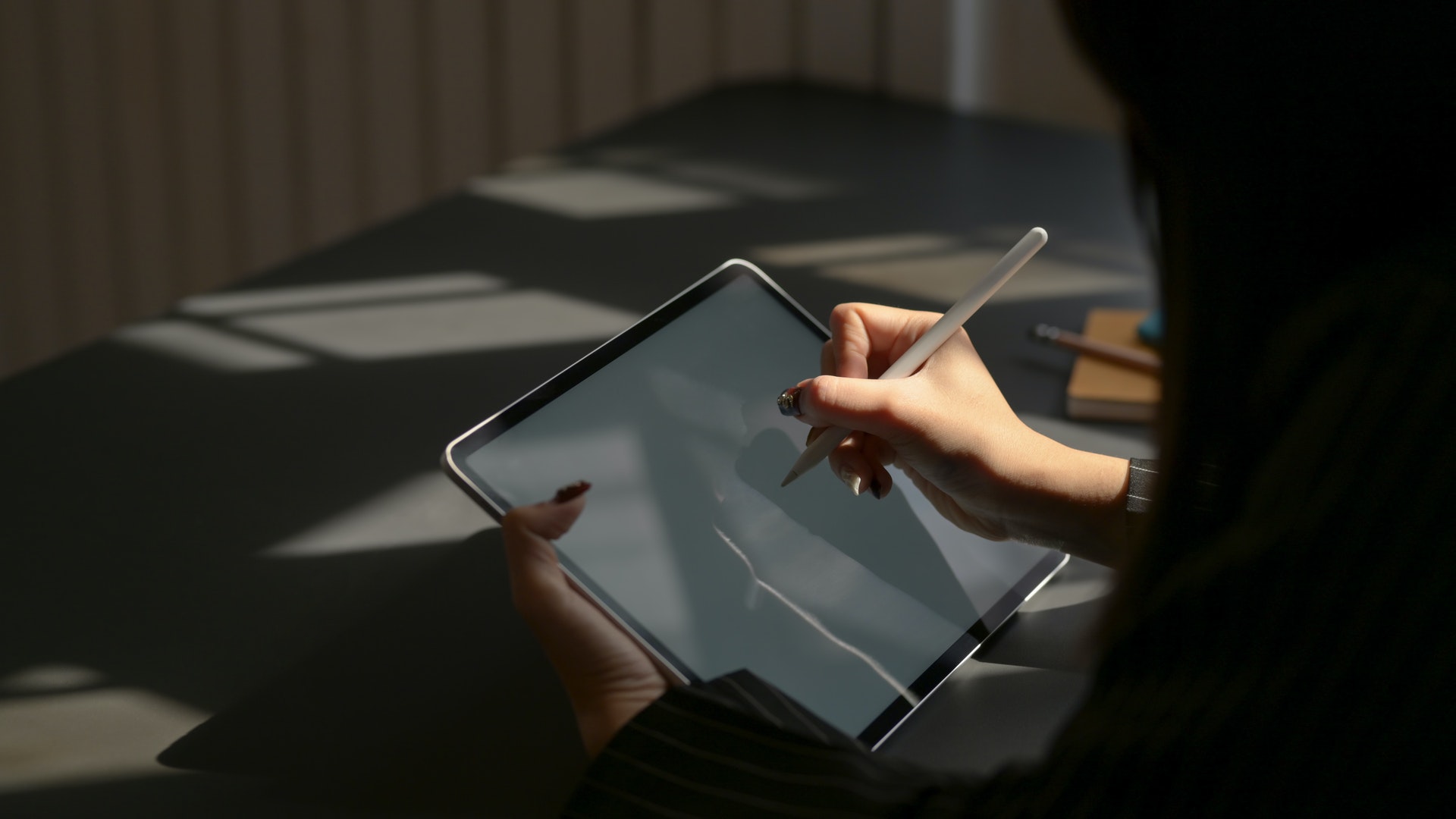