What is the engulfing candlestick pattern?

Identifying the two forms of the engulfing candlestick pattern

The engulfing candlestick pattern is of two types:

The bullish engulfing pattern is characterized as follows:

Here’s how the pattern looks:

The significance of the bullish engulfing bar pattern is simple: it indicates that the selling pressure that has been dominating the market has waned and buyers are beginning to dominate the market. The first price bar’s smaller body indicates a declining selling power while the engulfing bar shows an increasing buying power.

Whether the pattern occurs at the end of a downtrend or a downward swing in an uptrend or a range-bound market, it indicates a potential bullish reversal. Take a look at the example below: 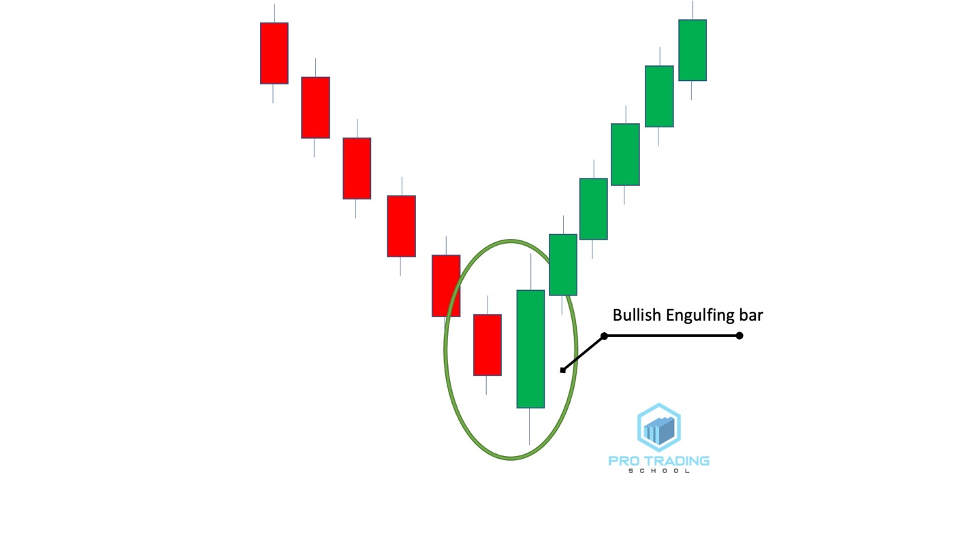 You can see how the market changed direction after a bullish engulfing pattern formed at the end of that downward price swing. However, it is not recommended to trade the market using this price action pattern alone: be sure to consider other factors of confluence to know whether the pattern forms a high-probability setup.

The two candlestick patterns that make up the bearish engulfing pattern are characterized as follows:

Take a look at the illustration below: 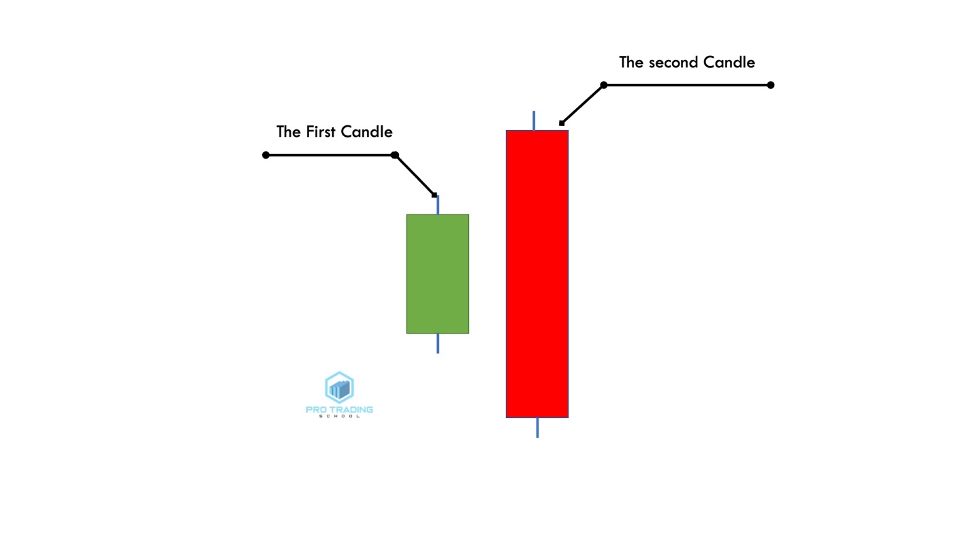 The bearish engulfing pattern is quite significant when it occurs at the right place. It tells you that the bullish pressure that has been dominating the market has waned and sellers are beginning to dominate the market. The first price bar’s smaller body indicates a declining buying power, while the engulfing bearish bar shows an increasing selling power.

The pattern occurs at the end of a downtrend, a downward swing in an uptrend, or the downswing in a range-bound market, but it often indicates a potential bearish reversal. Take a look at the example below: 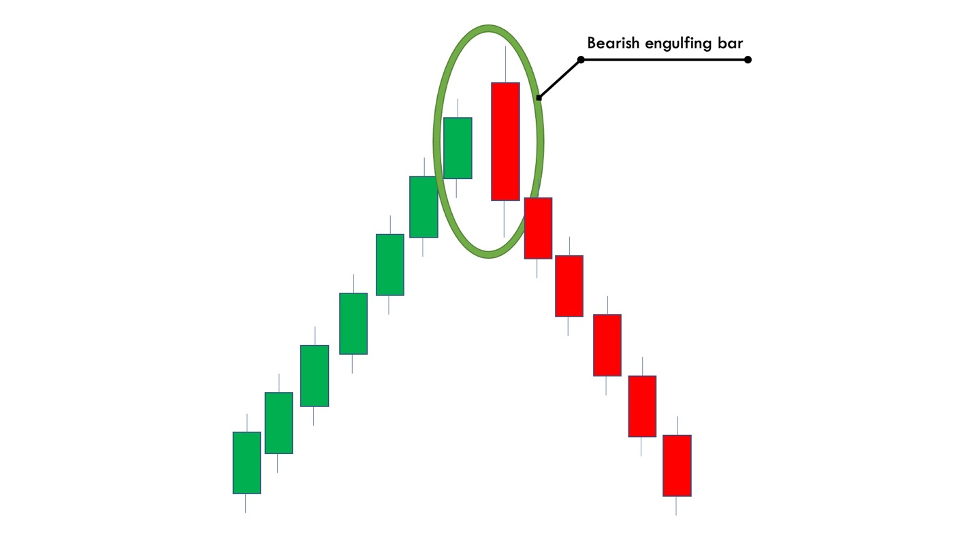 You can see how the market changed direction after a bearish engulfing pattern formed at the end of that upward price swing. The pattern shows that sellers are trying to push the market down.

However, you should never trade the market using this candlestick pattern alone: always consider other factors of confluence to know whether the pattern forms a high-probability trade setup or not.

Now that you have learned what the bullish and bearish candlestick patterns look like, why not open your charts and try to identify the patterns?

How to trade the engulfing candlestick patterns

Trading the engulfing with the trend and key levels

While the market trends only about 25% of the time, it offers great opportunities whenever it does trend. Interestingly, we can use the engulfing candlestick pattern to find high-probability trades when it forms at the right levels.

So, at the end of a retracement move, we look for a bearish engulfing pattern that indicates the beginning of a new impulse wave. See the chart below: 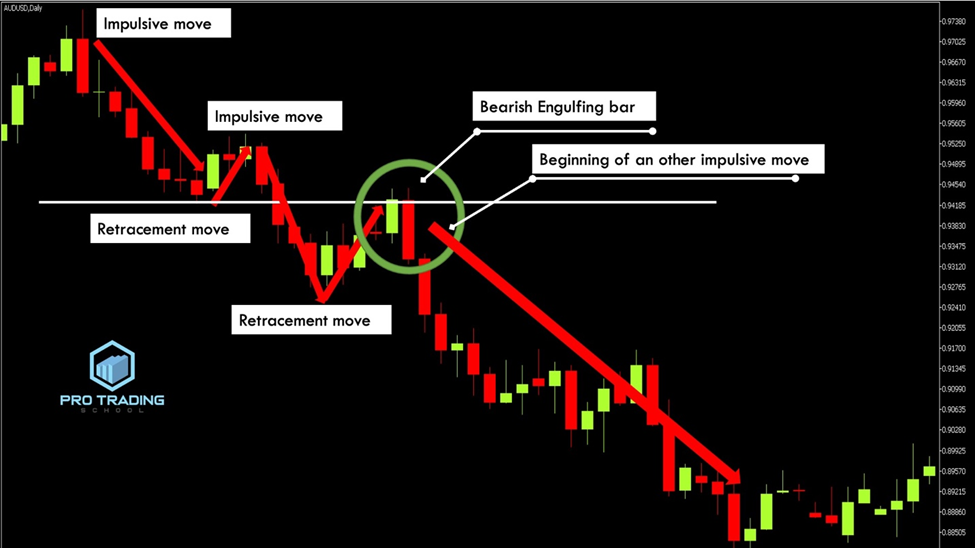 Now, let’s look at an up-trending market where the buyers are in control. Our aim is to trade the impulse wave to the upside if a bullish engulfing pattern appears at the end of a retracement, indicating an upward reversal. See the chart below:

About 75% of the time, the market does not trend, but we can still trade the upward and downward waves if the engulfing pattern forms around an important support or resistance level. See the EUR/USD H4 chart below: 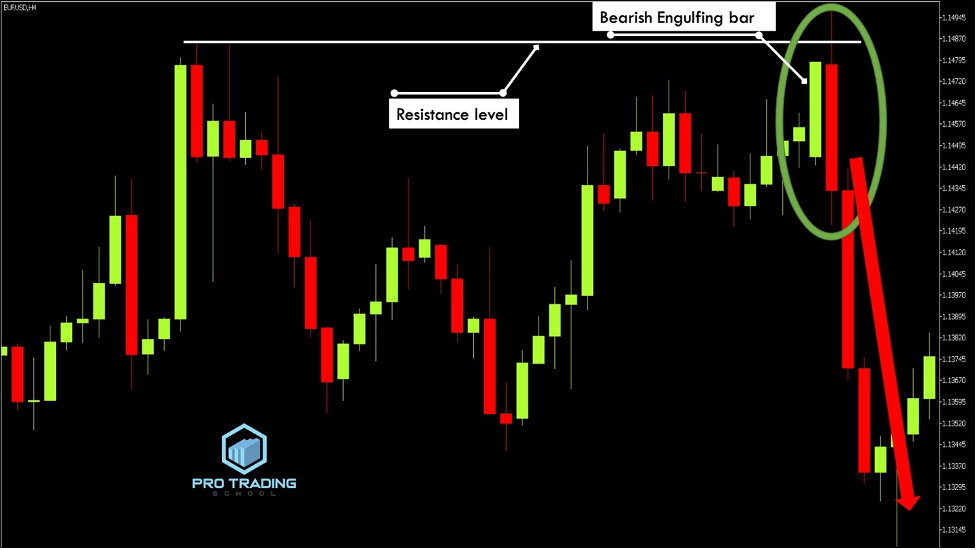 The market was moving sideways, swinging up and down from key support and resistance levels respectively. In such markets, we trade only from those levels when we see an engulfing pattern, as in the chart above where a bearish engulfing pattern formed at a resistance.

See another example in the GBP USD H4 the market below: 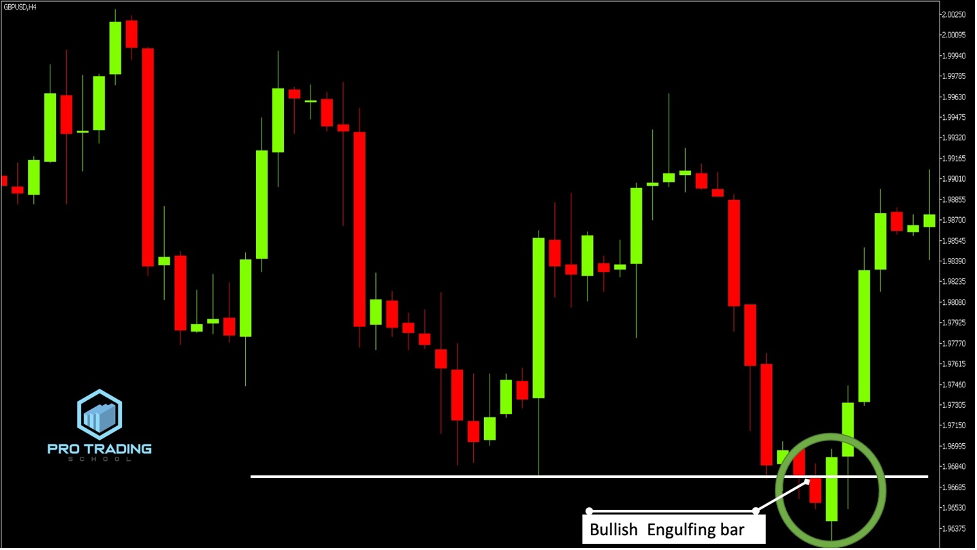 Here, a bullish engulfing pattern formed when the price reached a support level, indicating that buyers were ready to push the price upward. Please note what we’ve discussed here is just the basics; you will learn what differentiates winners from losers in my trading course.

Obviously, mastering trading is not easy, so I can understand when you feel overwhelmed by what you have to learn to be successful. But don’t worry; I’m here to assist you all the way if you’re ready to put in the hard work because, ultimately, it’s up to YOU. When you get my trading course, I will teach you everything you need to succeed in trading, but I cannot force you to do what is required to deserve success in trading. If you think you deserve trading success but it isn’t reflecting in your trading account, then, you don’t yet deserve it if you don’t want to do what is necessary to succeed. What you need to do now to deserve the trading success you desire is to get this trading course and learn what works!

« Previous Post What is price action in trading? Next Post » How to Trade the Hammer and Shooting Star Patterns?

How To Trade The Engulfing Bar Price Action Setup 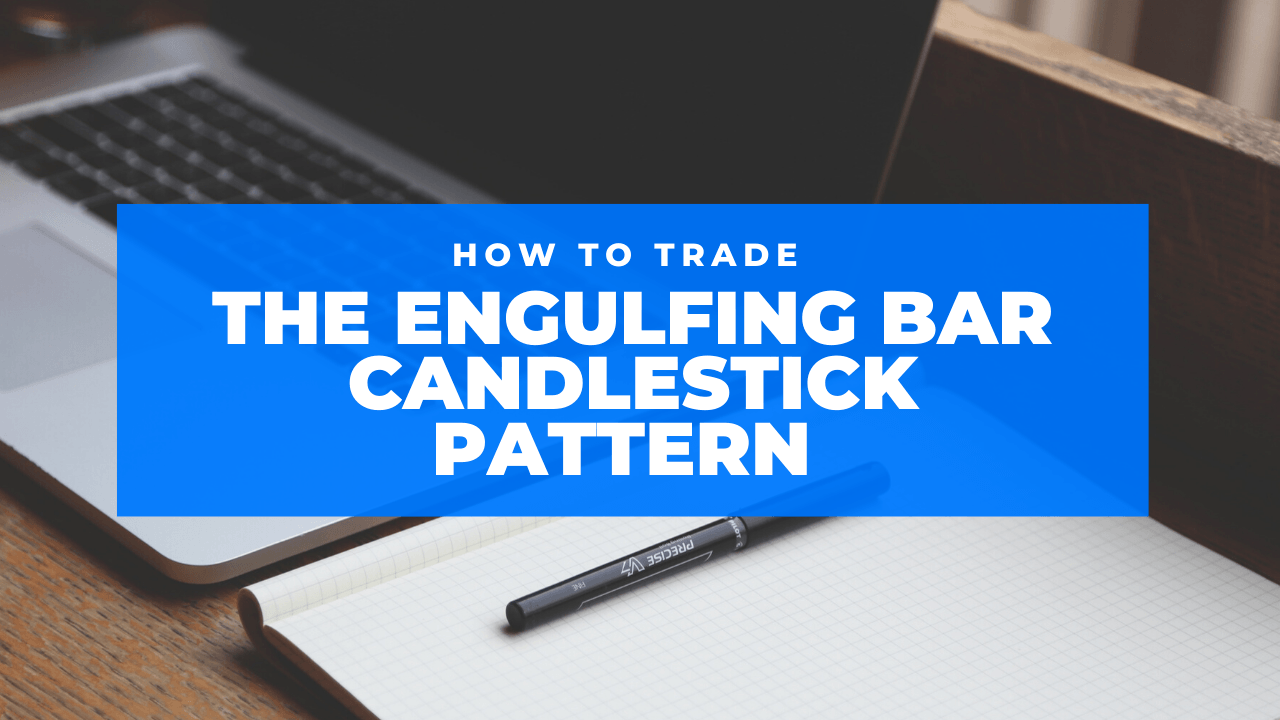 How To Trade The Engulfing Bar Price Action Setup